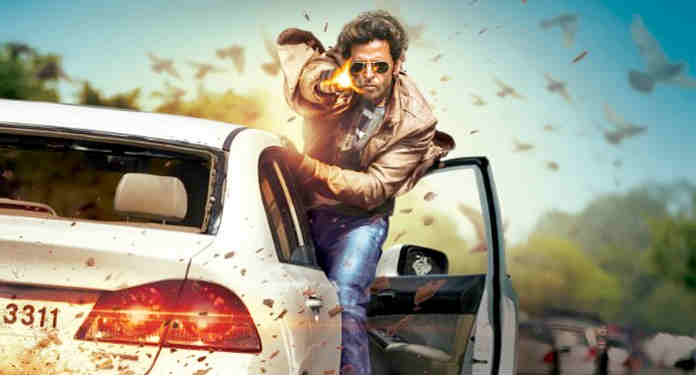 To refresh my memory, I borrowed Knight and Day from our local library and (re)watched it yesterday. Unimpressive as Knight and Day is, the Hollywood film is a quadrillion times superior to its ugly Indian spawn Bang Bang that released in U.S. and Indian theatres today. Tom Cruise has a beguiling charm that Hrithik Roshan […]

Hrithik Roshan’s Diwali release Krrish 3 has not set the box office on fire in the U.S. The movie, produced and directed by Hrithik’s papa Rakesh Roshan, took in a mere million dollars in its opening November 1-3, 2013 weekend. Average gross of just $5,046 per screen is likely turning Hrithik and his father toward […]

By SearchIndia.com on November 1, 2013   Bollywood

No, Krrish 3 is not swoonworthy fare. Merely, the best in the Krrish series of super-hero films and one of the rare endurable Bollywood movies. Super-Hero Meets Super-Villain Krrish 3 outclasses other Indian super-hero films like Krrish 2, Enthiran and Ra-One in four respects: * Super-villain Kaal (Vivek Oberoi) is an unusual character with an interesting […]

By SearchIndia.com on February 2, 2012   Bollywood

(By Naveen) What the f#ck was that Joker Johar thinking? Did he think remaking his dad’s old flop movie would make his dad feel better? Is Karan Johar trying to tell the world that he is better at the craft than his dad? Is he trying to remind how his dad’s f#cked up movie was […]

Folks, Agneepath’s box office numbers are out. We mean the U.S. box office numbers. And they are not good. At least, not as good as the assaulter Khan’s Don 2. Here’s how Agneepath fared at the box office in its opening weekend compared to a few prominent Bollywood films: Related Stories: Agneepath Review – A […]

By Sonny Chatrath Occasional Actor If you have been noticing, remakes of successful Bollywood movies from the 80s and 90s is on the rise. Some are extremely successful, and some are terrible flops. If you have watched RGVs Sholay, or the new Umrao Jaan with Aishwarya Rai you know what I am talking about. Some […]