By SearchIndia.com on April 28, 2016Comments Off on Are Indian H1Bs Low-IQ Chutiyas?

“98.7% of the founders of important Silicon Valley companies were born in America! 99 percent are White!”
– Republican commentator Ann Coulter responding to those who boast of startups founded by tech immigrants, p.239, Adios, America 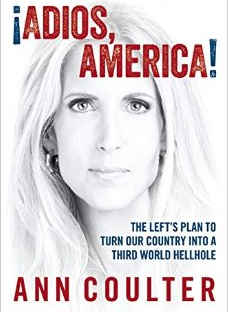 H1B Visas and outsourcing are undoubtedly wreaking havoc on the lives of American programmers.

Only in Amazing America will local workers be fired, replaced by foreigners with H1B Visas and then the locals forced to train their H1B replacements if they want to get severance.

Now if you ask Indian H1B Visa holders, they’ll tell you Americans are lazy and clock-watchers.

Talk to an American about H1B Visas, and he’ll tell you most H1B visa holders are clueless idiots, mediocre in IT and terrible at communications. Sotto voce, the American might also tell you that he’d prefer the guy in the adjacent cubicle to smell of cologne rather than Baingan Barta, Chicken Chettinad or Dum Biryani.

American workers and Conservative writers like Ann Coulter blame politicians and the corporations for selling out the U.S. employees in favor of lower-paid H1B workers.

Who you believe in the H1B Visa debate and which side you take depends mostly on your self-interest, skin color and nationality.

Logic and facts fall by the wayside in 99% of the discussions on the H1B Visa program.

But Americans also have no one to blame but themselves since they are impotent to influence their lawmakers to curb use and misuse of H1B visas.

Now comes the bomb-thrower Ann Coulter, no friend of the H1B Visa system or any other immigration category for that matter.

Coulter takes issue with the oft-cited argument by Vivek Wadhwa and others that high-tech immigrants are founding a lot of startups in Silicon Valley and all across the U.S.

But Coulter is not impressed with such arguments.

The firebrand’s response is that, “There are lots of me-too startups ripping off investors and adding nothing to the economy.”

The best known tech companies in America set up by immigrants are Google (Sergey Brin), Paypal (Peter Thiel) and Tesla (Elon Musk) and Coulter argues that none of their founders came to America on H1B Visas.

Coulter also scoffs at the merit of advanced degrees in science and engineering held by immigrants.

Referring to news articles about Indians going back to Ahmedabad and setting up the next ‘Google,’ Coulter responds that “Indians’ main talent is self-promotion.”

Ann Coulter has a point here.

The overwhelming majority of H1B Visa holders are not exceptionally brilliant workers but recruited to do mundane, repetitive jobs at lower wages.

“Where are all the Indian Googles and Paypals now?,” asks Coulter rhetorically.

It’s hard to think of even a single tech giant created in India by someone who was denied a H1B Visa.

Coulter’s arguments seem to have logic on their side (I’m assuming she has the facts right).

Coulter agrees with Professor Norman Matloff of the University of California Davis that “the average quality of the H-1Bs is LOWER than that of the Americans.”

She believes that the H1B Visas are a form of indentured servitude since the holders of these visas can’t easily move to other companies without jeopardizing their Green Card applications.

In her strongest blow against desis, Coulter writes that the average Indian IQ of 82 is “staggeringly low.”

“As long as we must be incessantly hectored about Indians as high-IQ computer whiz kids, let’s take a look at their IQs. You can’t play the high-IQ game when it suits your cheap-labor interests, then cry “racism” when those claims are examined. The average Indian IQ is staggeringly low: 82. That’s about the same as the average IQ in Afghanistan – 84; Panama – 84; Dominican Republic – 82: Paraguay – 84; Yemen – 85; Pakistan – 84; and Tonga – 86.” [p.241 of Ann Coulter’s Adios, America]

Although Coulter fails to provide a source for the LOW Indian IQ claim, I quickly found the source on which she is presumably relying..

Ann Coulter likely has no idea what Chutiya means but in the context of the book (particularly Chapter 14) the sum total of her arguments suggests Indian H1B Visa workers are low IQ Chutiyas who have no business being in America and taking the jobs of American workers.

Coulter mentions a whole bunch of successful tech companies founded by White Americans as a riposte to the boasts and gloating by Indians of their tech prowess.

In America, a dozen startups are born every nanosecond. Well, it seems that way if you read tech blogs like TechCrunch or VentureBeat.

Let’s consider a few prominent/successful tech American companies and see how many of these were set up by the so-called brilliant tech immigrants from India and China.

It’s hard to escape the conclusion that the so-called brilliant Indian tech immigrants flooding America have had only extremely limited success in creating thriving technology companies in the U.S.

Most successful American tech companies in Silicon Valley and across this country are created by native born Whites. Whether you like it or not, that is the reality.

There’s no doubt that Indians are launching plenty of startups (both in America and lately in India) but few are able to scale, get repeat rounds of funding and become highly successful companies.

If you’re keen on reading Ann Coulter’s arguments against H1B Visas and Indian tech immigrants in the original, the relevant section to look for in her book Adios, America is Chapter 14, p.237-243.