By SearchIndia.com on January 8, 2015Comments Off on Bvlgari Man in Black – Ideal for Curry Hogs

“You can smell an Indian before you see or hear him” is a truism as old as the Himalayas. 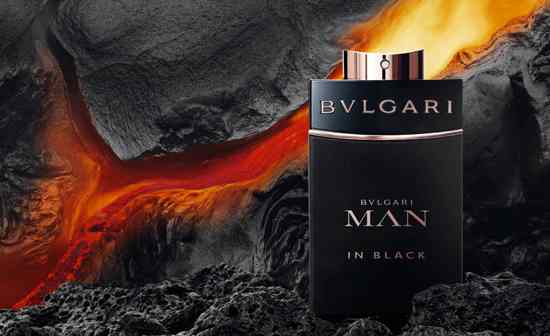 Just the other day, I stumbled upon a furphy that Alexander the Great hurriedly scampered out of India after crushing the local king Porus not because his soldiers mutinied; au contraire, it seems the Emperor found the strange miasma surrounding the vast Indian countryside and the people so off-putting he went nauseous at the mere sound of the words “India” and “Indian,” an allergy that was to stay with the bloodthirsty warrior till his premature end a few months later.

“The swamps of Macedonia smell sweeter than these sweating savages,” the son of Philip raged as he gave the whip to Bucephalus’ side before furiously galloping out of Currystan where the Indus cascades down the mighty Himalayas.

India kneeled before the aggression of the restless Alexander.

But the invincible conqueror turned tail before the overpowering aroma of curry.

Curry odor sticks to the Indian body like a damp shirt.

The hot medley of black pepper, asafoetida, ginger, coriander, and garlic that goes into the making of curry not only insinuates itself into every pore of the Indian body but creates a curry membrane a few feet above the ozone layer.

Tell an Indian he smells weird and anon his Chappals (as we curry-hogs refer to our slippers and sandals) will jump into his hands before swiftly landing on your face a milli-second later.

Where curry is concerned, as far back as the Vedic age Indians developed anosmia to it (p.540 of The Thinker’s Thesaurus defines anosmia as loss of sense of smell). 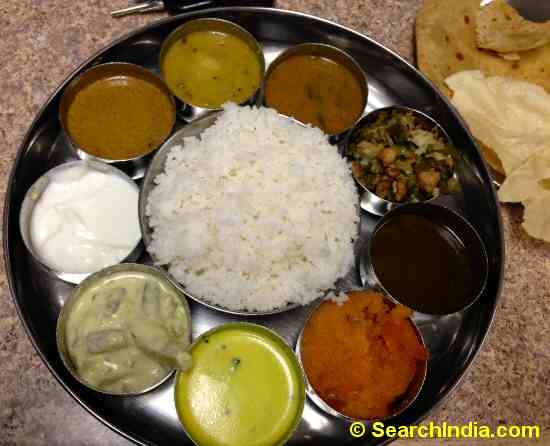 Deprive me of curry for just eight hours and I start displaying serious withdrawal symptoms. Kinda like a White trader on Wall St without the evening cocaine fix and an Eastern European puta slurping his Vanilla milkshake.

After entering the New World, I remember back in the 20th century occasionally packing the South Indian ambrosia Pulihora (Tamarind rice) to office for lunch. The moment I opened the Pulihora container my White office-mates would shriek in horror. “OMG, Whaaat is This?,” before collectively retreating into the corridor where they’d whisper sotto voce about the incompetent Immigration authorities.

Back home, I’d blissfully ignored perfumes, colognes etc (Attar in India is used only by the shower-loathing members of the cartoon-hating religion). After all, in Currystan I was just another atom in the jetsam and flotsam of a billion curry atoms.

But when I moved to the New World things turned out to be different.

Appearances are all in the New World. Even minimum wage coolies at McDonald’s and Walmart daub themselves with cologne and perfume thanks to the almighty power of the “Buy Now, Pay Interest Forever” invention called credit card!

Any time I stepped out of my curry abode, I’d don some cologne or the other in a desperate effort, alas frequently futile, to mask the smell of Yennai Kathrikai, Poondu Kozhumbu or Pulihora clinging to my soul.

And so I’ve lived in uneasy fear amidst the curry-haters of the New World.

Don’t ask how I stumbled upon Bvlgari’s Man in Black.

All I remember is asking a peripatetic Mudaliar buddy for a cologne recommendation.

And the Mudaliar suggested Hugo Boss. I’d tried Hugo Boss in the past and while it was not bad it didn’t send me into a swoon. Also, Hugo Boss was powerless against the curry juggernaut. (For the uninitiated, Mudaliar, one of the 6.5 million caste/sub-castes of India, comes in two varieties – Meat-craving Asaiva Mudaliar and meat-abhorring Saiva Mudaliar, with both varieties grazing in the Southern pastures of India along the Bay of Bengal.)

So I put down my head and dived into some serious perfume research.

Obviously, the higher the concentrate the longer the alluring odor. All these years, I’d squandered mucho dollares buying Eau de Cologne or Eau de Toilette and to my dismay the curry antidote lasted only for a short while before my body got curried away again.

So in general, my advise to the Men and Women in Brown pouring into the New World from Currystan is to stay away from Eua de Cologne and Eau de Toilette. They’re okay for salad-chomping Melinda and bagel-crunching Michael but not for Pulihora and Bisi-Bele-Bath stuffing Deepika Iyer and Ranveer Padayachi.

After stalking the virtual aisles of countless retailers for the better part of a morning, I discovered Bvlgari’s Man in Black, an Eau de Parfum. 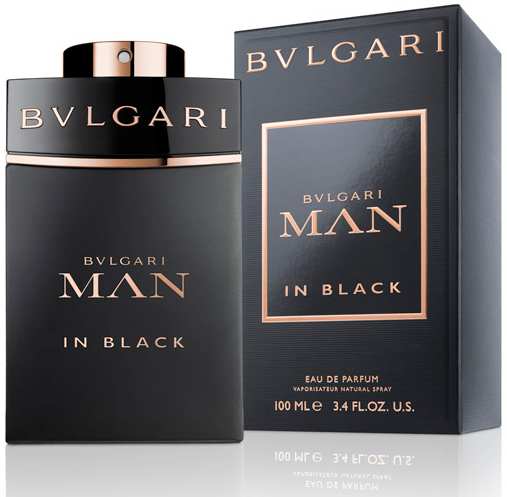 Made in Italy, Man in Black is a fairly new product from the Bvlgari family and debuted sometime in the latter half of 2014.

Being a cheapo desi, I plumped for Amazon.com and thanks to Bezos’ ridiculously patented marvel of “One-Click Purchase” I returned to my steaming bowel of curry (have you noticed how Indians of all shades, degrees and stripes invariably pronounce ‘bowel‘ for bowl). Schade, To make up for the climbing losses of his Fire smartphone fiasco, the hyper-moronic Bezos has now upped the price of Man in Black to $65.

Within two or three days, UPS’ Man in Brown (I mean the UPS guy’s uniform not his skin color) deposited Man in Black on my doorstep.

Your Curried Man in Brown blogger hurriedly opened the Man in Black Eau de Parfum box with howls of delight.

Since drooling White boys can’t get a propah education these days because of the Republican fusillade on public schools and colleges, there is a diagram on the Man in Black box explaining how to twist the cap. Ho ho ho, we Men in Brown don’t need no picture to twist a perfume bottle cap because schools and colleges in Currystan are still affordable. But our Currystan school teachers have an insatiable appetite for raping five-year-old, six-year-old and seven-year-old girls and sending them home bleeding (one more teacher was arrested in Bangalore two days back).

After a quick twist of the golden cap, I sprayed some Man in Black Eau de Parfum on my 20-year-old Made-in-India Raymond’s Sweater (I swear on Mitch McConell I’m not lying about the Sweater’s age). Hey, Narendra ‘Ram, Ram’ Modi, call me for tips on your new Make-in-India fantasy!

Wow! One press on the atomizer and I was instantly transported into White boy territory. I fancied I could glide into the offices of Morgan Stanley or Goldman Sachs in Midtown Manhattan and smoothly slide into the old boys network with a six-figure salary, seven-figure bonus, eight-figure golden parachute, a White trophy wife on the Upper East side and a barely-legal, illegal alien Latina mistress in Hoboken.

Now that I’ve anointed myself as a perfumer extraordinaire and an expert on all things aromatic (thank you, Larry Page), let me explain Man in Black.

With just a few droplets of Man in Black, the top notes instantly banish all curry odor. A knockout punch that Parkinsoned Cassius Clay would be proud of.

So what’s the smell like? A come-hither amalgam of sandalwood, cinnamon and musk without any of the aforesaid ingredients.

Hours pass, the heart (middle) notes appear and curry is still in cowering retreat. Kinda like the crapping-their-pants cartoonphobic whackos in Paris today worried shit about when the White thugs will come and batter their brains.

Several hours and two curry stuffings later, base notes start to show up and still Man in Black is ahead in the battle.

Folks, curry is just no match against the invincible Man in Black.

The fragrance of Man in Black lingers for hours. All Curry can do is to growl and fart in impotent fury.

To test my new Eau de Parfum’s efficacy, I performed a bizarre test. After stuffing my innards with Upma, Bellam Magai, Aloo Baingan and Curd Rice (I know, I know, when an Indian says curd rice, the smirking WASP boy with Big Black Cock envy hears Turd Rice), I rushed to Sam’s Club.

I strolled through the deserted aisles (membership is down, $25 gift card for new members and renewals) and helped myself to free samples of Chicken Quesadillas, Pasta floating in a strange Yellow liquid etc doled out by Sam’s Club’s vertically mounted Black and White geriatric mummies and leisurely headed over to the perfumes counter where they keep a dozen bottles of Eau de Cologne, Eau de Toilette etc). I generously doused my Made-in-India Raymond’s Sweater from not one or two but three different bottles (light blue, green and pale yellow).

You won’t believe me, oh yeah, I definitely know that. But Man in Black still carried the day, with its come-hither odor dominating over the other perfumes I smothered my sweater in. Maybe you’re right that Sam’s Club perfumes are like its $1.98 Pizza slices, not meant for humans.

I’m ecstatic about my Man in Black purchase.

Should a White boy ask me the brand of my intoxicating perfume, I’ve a ready answer like Churchill’s well-prepared impromptu quips – No sir, I no wearing cologne and all, just Indian body smelling too good. You needing yard-work or snow-removal sir? I working cheaper and faster than Mexican.

All ye Men in Brown, you can’t do better than Man in Black to get ahead in Amreeka.

SearchIndia.com recommends Bvlgari’s Man in Black to all curry hogs!

Now if all ye loiterers and loafers of my virtual home will excuse me, the irresistibly enticing aroma of just prepared Spinach and Lentils Curry is wafting into my office.