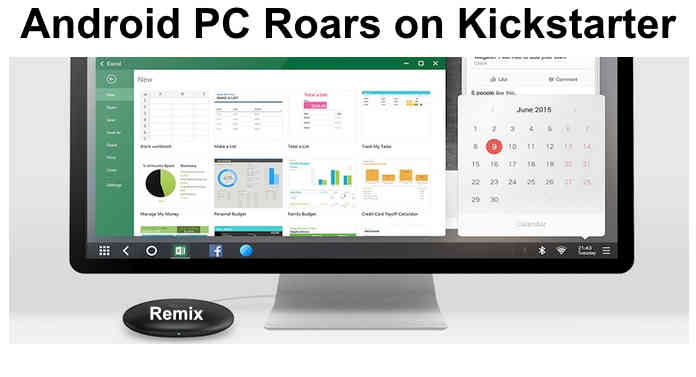 Just as millions of Android smartphone owners are struggling with the Stagefright nightmare, a $30 mini Android PC is rocking the crowdfunding site Kickstarter. With 17 days still left for the campaign, Remix Mini Android PC has received commitments from over 16,000 backers for nearly $1.2 million. The overwhelming response from the ‘crowd’ suggests Remix […]

By SearchIndia.com on September 15, 2014   Android, Smartphones

A smartphone that provides Indians with a paltry 2GB of internal storage in late 2014 is nothing short of a ripoff and deserves to be treated with contempt. Even if it’s offered at $105. I checked out two Android One smartphones that were introduced in India today – Karbonn Sparkle V and Spice Dream UNO […]

Google Executive Sundar Pichai Launching Android One Google tightened its grip on Apple’s cojones in emerging markets like India with the launch of the new Android One “turnkey solution” initiative for smartphone manufacturers. Over the last couple of years, Google has extended the sway of its Android mobile platform through various partnerships pushing Apple’s marketshare […]

Huawei launched its new Ascend P7 smartphone in Paris a few hours back. And like the city itself, the device is a beauty with a sleek design and solid specs. Successor to Huawei’s current flagship P6 smartphone, the P7 will be available in June in multiple markets in Asia and Europe. Huawei is now the […]

Five Most Sizzling Smartphones of 2014

By SearchIndia.com on May 2, 2014   Android, iPhone, Smartphones

2014 will be the year of the great shakeout in the smartphone and phablet arenas. Feature phones are starting to fade into the mist and the year will likely end with over 60% of mobile phones sold in 2014 being smartphones. This year will also be make and break time for high profile vendors like […]

Can G3 Turn LG into a Contender?

LG Electronics will launch its new G3 premium smartphone on May 27 and 28 at events in New York, San Francisco, London, Seoul, Singapore and Istanbul. But the big question on many minds is whether G3 will move the needle on LG’s marketshare in the smartphone arena. Can the G3 help LG turn into a […]