A smartphone that provides Indians with a paltry 2GB of internal storage in late 2014 is nothing short of a ripoff and deserves to be treated with contempt. 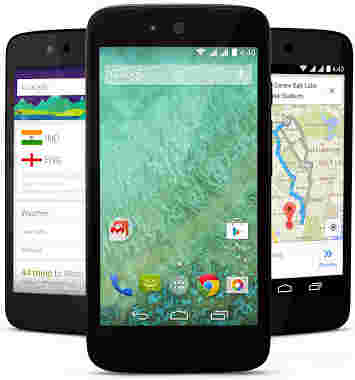 I checked out two Android One smartphones that were introduced in India today – Karbonn Sparkle V and Spice Dream UNO Mi-498.

In both cases, user available storage is a measly 2.2GB that will quickly fill up with a few Bollywood videos, Tollywood music albums and a bunch of apps.

Google is beating the drums about its new Android One initiative that aims to provide “high quality smartphones” with good specs at low prices to the 5 billion earthlings without smartphones through partnerships with device vendors like Karbonn, Spice and several others.

But a 2GB internal storage smartphone is most definitely not a high quality smartphone by any yardstick. Who are you trying to kid?

If you ask me, no smartphone should be sold without internal storage of at least 8GB. Preferably 16GB.

Expandable storage via microSD cards and cloud storage are all fine and dandy in theory but they sometimes won’t work with a lot of apps. And cloud is highly vulnerable to theft!

Android One is targeted at countries like India, Indonesia, Philippines, Pakistan, Sri Lanka, Bangladesh and Nepal where smartphone penetration is still very low.

One Response to "Android One is a Ripoff Because …"