Or is the selection of crime fiction niche just a serendipitous move that succeeded beyond any Scandinavian novelist’s wildest hopes.

Some even say Swedish Prime Minister Olof Palme’s murder in 1986 was the catalyst that provided the fuel for Scandinavian crime writers to lift off into the stratosphere! 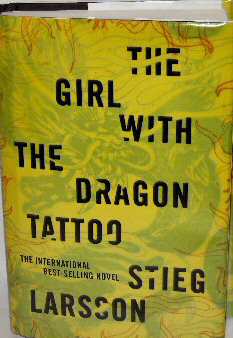 Be it a serendipitous pick or a strategic gamble, it’s worked remarkably well and turned top Scandinavian crime fictionists into rock stars.

Scandinavian crime writers are now embraced by readers around the world (thanks to English translations) with an enthusiasm that has earned them the undying enmity of novelists in other countries.

I read in a recent issue of New Yorker (May 12, 2014, p.39-40) that Scandinavia is not just teeming with crime fiction writers but that the works of 100 Scandinavian crime novelists have been translated into English for global consumption.

Must be true. There’s not a single American library I’ve visited in recent years whose stacks are not lined with several books by Scandinavian crime novelists.

Now consider all Scandinavian languages combined have no more than 20 million speakers. In comparison, there are 75-million Telugu speaking people and another 70-million speak Tamil. Yet no current Tamil or Telugu novelist is read by more than 10,000 people. ‘Nuff said!

In recent years, the best known Scandinavian crime writers are the Swede Stieg Larsson and the Norwegian Jo Nesbo. Together, these two writers have sold nearly 100 million copies in a gazillion languages.

And several movies have hit the screens based on novels by Scandinavian authors including Larsson’s Millennium trilogy and Nesbo’s books (Headhunter).

But Larsson and Nesbo are only the tips of the towering Scandinavian crime fiction pyramid.

So are there lessons that Indian novelists and wannabe novelists can draw from the Swedes, Danes and Norwegians?

And the biggest lesson for Indian novelists before embarking on their next tome is to pick a niche.

And even a popular writer like Chetan Bhagat is geographically speaking an Indian phenomenon read mostly and relished entirely only in Mera Bharat Mahaan.

Truth be said, the majority of Indian writers have a small audience whether in India or outside.

Of Indian regional language writers, the less said the better. Theirs is a pitiful plight condemned as they’re to languish in the dark cave of obscurity even if their works have merit.

In the global reckoning of novelists, most Indian writers are mere footnotes.

Sales of novels by the late Stieg Larsson alone have passed 73 million. And the man has been dead for almost a decade!

If Scandinavian writers can find their El Dorado in the crime niche, surely Indian writers have corruption and cowardice to dip their quills into.

No other ethnic group in the world is as familiar with corruption and cowardice for these are the two traits that define Indians and form their essence.

Corruption is the lifeblood of Indian economy, society and politics.

The unhesitating, shameless proclivity to offer, demand and accept bribes big and small is as Indian as Idli-Sambar, Dum Biryani and Dal Makhani.

If corruption is one side of the Indian coin, the other side is cowardice.

Beneath all the bravado, swagger and preening a more pusillanimous race than Indians is hard to find even if you scour the far corners of the planet.

Indians exhibit bravery only in the reel imagination of Bollywood and Kollywood fantasies.

In the real world, the Indian propensity to turn tail at the first intimation of danger is as well recognized as the enticing aroma of Curry. When terrorists from neighboring hellholes like Pakistan blast their way into Mumbai with guns and bombs and inflict mayhem for days on end, Indians cower in fright and by not retaliating willingly spread their legs for the next round of invaders.

Such is the depth and depravity of Indian cowardice.

Write what you know is the advice frequently rendered to budding novelists and one that even great Western writers like the late John Updike and the recently deceased Gabriel Garcia Marquez have unhesitatingly embraced.

If writing what you know is a dependable recipe for success surely Indian novelists can’t find better niches than corruption and cowardice in their search for a global audience.