All your friends try to kill you? – Alice Fournier (Olga Kurylenko)

I rubbed my eyes in disbelief during the closing credits of the new Hollywood spy thriller November Man.

Where did this desi swarm spring from?

Hey, didn’t I just watch a Hollywood film (directed by Roger Donaldson with screenplay by Michael Finch and Karl Gajdusek).

I rushed home, to Google.

Why? Why November Man?

Because it’s a Hollywood action film produced by Indians (along with Beau St. Clair and Pierce Brosnan). 🙂

Oh, No. Not by that C-grade businessman Anil Ambani or that brain dead mass of steroid pulp a.k.a. Uday Chopra.

OK, I can sense your impatient angst boiling over.

Let me explain the “Indian” part of November Man before you Chutiyas start wetting your langots and panties in impotent rage. 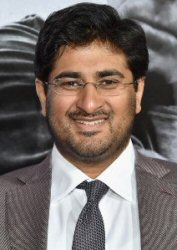 A Harvard and Yale alumnus, 36-year-old Das (born in NYC) has produced seven films and has another seven in the pipeline.

Honey, who gives a rat’s ass about Sriram Das or Gobar Gas.

Tell me ’bout the movie.

And what do you have to say about the ‘other’ critics who have savaged the film (35% on Rotten Tomatoes).

Well, it should come as no surprise to you schmucks that the only critic I’ve ever found competent or taken seriously is I, Me and Myself.

In my movie lexicon, action films are seldom great.

With rare exceptions like The Dark Knight Returns, they usually fall on the spectrum between bad to above average.

November Man falls in the class of Above-Average Hollywood films.

Based on Bill Granger’s novel There Are No Spies, the film is a spy thriller set in Belgrade with guns blazing, cars zipping on narrow European streets, a dashing ‘decent’ hero (Pierce Brosnan), a sexy babe (Olga Kurylenko), double-crossing CIA agents and, of course, the rotten Russian bastards.

Nothing exceptional about November Man.

And nothing terribly bad either about November Man.

Our hero Peter Devereau (Pierce Brosnan), a former CIA agent and now a small cafe owner in Switzerland, is lured into a dangerous assignment by a former CIA colleague.

The task involves the extraction of Natalia, a close aide to a top Russian politician Arkady Fedorov who was previously a Russian general in war-torn Chechnya.

Things quickly go awry during the extraction. They usually do in these kind of films thanks to double-crossings, betrayals and violent responses from the betrayed people.

Between the double-crossing CIA agents and the rotten Russian pig Fedorov, I had a hard time figuring who’s worse!

Only God knows if the Chechen war had its origins as per this movie! 🙁

Overall, I was not disappointed with November Man (even before I knew about the Indian connection).

Action scenes were more than adequate and the pace fast enough to keep my adrenalin on high for the entire duration of the film.

Brosnan (now a young 61) is still the charmer.

But sex kitten Olga Kurylenko, a ripe 34, is starting to show her age. Still, any day I’ll take the twilight charms of Olga over the Bollywood emetics, the Katrinas, Priyankas, Anushkas, Sonakshis and Deepikas.

Folks, November Man is playing in theatres across the U.S.

Your favorite blog SearchIndia.com strongly encourages you to give Sriram Das a leg up with his Hollywood dreams.