By SearchIndia.com on September 11, 20144 Comments 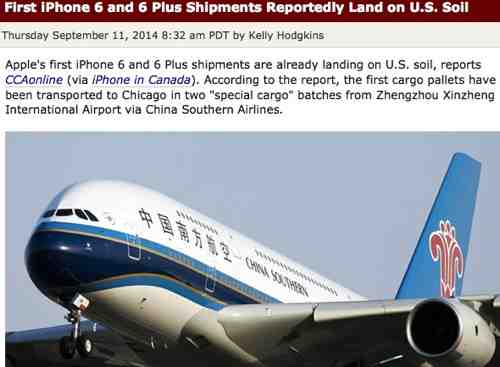 Man Lands on Mars is a story.

But iPhone 6 Landing on US Soil….is that really worthy of media coverage, especially about a company already saturated with hype.

Now don’t get me wrong. I’m no iPhone hater.

I love my iPhone as much as the next guy.

I started with the iPhone 3G in 2008, then shifted to iPhone 4 and last year jumped on the iPhone 5S.

Some minor complaints aside, I’m happy with the device. 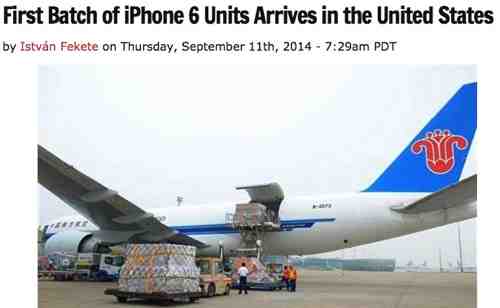 The media’s love for Apple is not new.

It started three decades ago.

How the media love-fest over all things Apple started is lost in the mists of corporate history.

Suffice to say the love-fest over Apple not only continues among reporters but is now hugely magnified thanks to the blogosphere.

I see very little critical coverage when it comes to Apple despite its late co-founder Steve Jobs being a grade-A asshole and the company’s shabby treatment of workers at its contract facilities in China.

Don’t tell me Apple never makes a mistake or that its products never have issues. Yet only the positive aspects of Apple are highlighted while the negative stuff gets almost a free pass.

But the height of the media obsession with Apple are reports in Macrumors and elsewhere today that planes carrying a cargo of iPhone 6 and iPhone 6 Plus have landed on US soil.

Allied forces landing on Normandy during World War II, I can understand the excitement. After all, the landing determined the fate of civilization.

But we’re talking just upgrades of iPhones here. Most certainly not an epochal event.

By the way, the precious iPhone cargo arrived on U.S. soil via China Southern Airlines, not on an American airline.

When it comes to Apple, the media is hopelessly lazy or mindlessly gets carried away by the fancy shows the company puts up twice or thrice a year (stuff like product/upgrade launches and the developers’ conference).

Rival companies like Google, Samsung or Microsoft don’t get the same level of obsessive media coverage as Apple and are at a massive disadvantage.

The relentless, nonsensical frenzy of media coverage of All Things Apple means the hugely profitable company saves hundreds of millions of dollars in advertising costs every year.