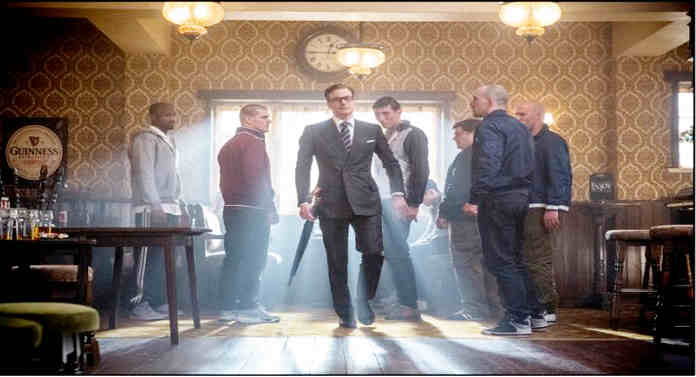 By SearchIndia.com on February 6, 2014   Hollywood

I just can’t fathom why over 90% of movies have turned into exaggerated flights of fancy. Is everyday life so banal, so disturbing and so worthless that we must seek our release only in the bottomless pits of fantasy? One of the charms of A Summer in Genoa is that nothing of any great significance […]

Amid the endless sewage stream of trashy movies (both Indian and Ingleesh), it’s sometimes easy to miss the few good ones. Recently, we had the good sense, and the blessed good fortune, to watch two nice English movies – Main Street and Page Eight on DVD (both via Netflix). * Main Street – This well […]

The King’s Speech won the prestigious Best Picture Oscar tonight at the 83rd Annual academy awards ceremony. It got 12 nominations and won four. Here is SI’s Review of The King’s Speech: King’s Speech Review – May All You Schmucks Rot in Hell if You Don’t Watch this Gem Steven Spielberg presented the award in […]

Colin Firth won the Best Actor Oscar this evening at the 83rd Annual Academy awards ceremony for his stirring performance of a stuttering monarch in The King’s Speech. This is Colin Firth’s first Academy Award and his second nomination. As SI wrote in the review of The King’s Speech: For movie buffs, to not see […]

By God, we’re rendered speechless! Rendered speechless, eh? Yes. Yes. And Yes. If only you schmucks see the movie, you’d understand how apposite and in sync with the movie the phrase ‘rendered speechless’ is. Folks, it’s been a while since these ol’ Indian eyes enjoyed such a bloody good movie. The King’s Speech is an […]