No Place to Hide – So True 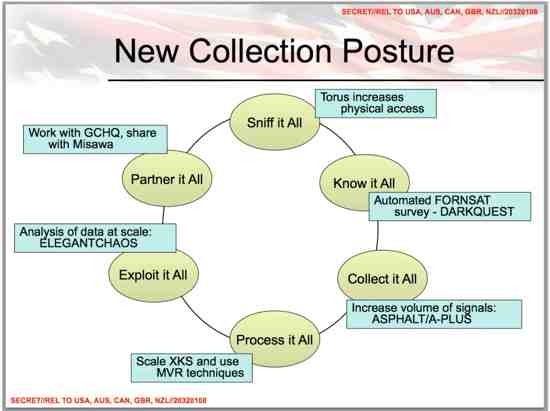 The true measure of a person’s worth isn’t what they say they believe in, but what they will do in the defense of those beliefs. If you’re not acting on your beliefs, then they probably aren’t real.
– NSA whistleblower Edward Snowden in No Place to Hide: Edward Snowden, the NSA and the U.S. Surveillance State by Glenn Greenwald, p.45

It’s the curse of every age to kneel at the feet of false prophets.

In reality, every one of these ‘heroes’ brought nothing but disillusionment and misery to America and the world.

Shame on me for voting twice for the Cock Sucker-in-Chief Barack Obama who has destroyed the little privacy Americans had.

And when the rare genuine hero like Edward Snowden comes along to direct a beam of sunlight on all encompassing mass spying by the U.S. National Security Agency, he gets the cold shoulder.

One year after Edward Snowden leaked a ton of material exposing the reckless, relentless spying on Americans, very little has changed at the NSA.

With the blessings of Obama and Congress, NSA continue its nasty, reckless spying practices. And the American people seem more concerned about the next generation, large-screen iPhone than about the loss of their liberties and privacy.

To the vast majority of Americans, Edward Snowden might as well have not existed. They’re so busy with their Facebook and Twitter drivel, iPad Airs, MacBook Pros and the new Android Gear smartwatches.

If you ask me, most Americans are unworthy of Edward Snowden who risked his life and liberty to expose the nasty spying practices.

Although the details of the various mass spy programs of the NSA are by now well known after the series of articles last year in the British newspaper Guardian, Glenn Greenwald’s book No Place to Hide is still worth reading for the excellent overview in the first two chapters and solid analysis in chapters 3-5.

In an era, when most American journalists long for nothing more than to deep throat a powerful or wealthy man, Glenn Greenwald dares to be different.

Like my other journalism hero Seymour Hersh, Greenwald is an exceptional practitioner of adversary journalism. Having read Greenwald’s work in Salon, Guardian and elsewhere, Snowden was impressed and entrusted him with the task of exposing the mass spying on innocent Americans – Suspicion-less Spying – by providing him with a huge cache of top secret NSA documents.

With a series of articles in the Guardian, Greenwald played the key role in bringing to the public’s knowledge details of PRISM, BOUNTLESS INFORMANT, FAIRVIEW, UPSTREAM and dozens of other dirty, dark programs.

And for all of it, the government, NSA and its allies have a single explanation – Threat of terrorism.

And Ohio State University Professor John Mueller has the apt riposte for the bogey of terrorism:

The number of people worldwide who are killed by Muslim-type terrorists, Al Qaeda wannabes, is maybe a few hundred outside of war zones. It’s basically the same number of people who die drowning in the bathtub each year. p.205, No Place to Hide

Although Greenwald mentions the role of corporations and the massive outsourcing of spying to private outfits like Dell, Booze Allen Hamilton etc., and Barack Obama’s volte face on transparency, he does not dwell enough on these subjects.

NSA has 90,000 workers, of which just a third are employees. The rest are contractors (Edward Snowden was a contractor too). So there’s a huge vested interest in continuing the spying.

Greenwald maintains his focus on the NSA and to a limited extent on UK’s GCHQ.

He also fails to examine why several other governments including India, Russia, Spain, France, Germany etc are engaging in similar unsavory practices. Why has this mass spying on citizens virus hit several countries simultaneously?

Its few inadequacies aside, No Place to Hide is a remarkable book.

I strongly encourage all of you read it. The book is available at most U.S. libraries.

I decided a while ago that I can live with whatever they [American law enforcement] do to me.The only thing I can’t live with is knowing I did nothing.- Edward Snowden, p.51 in No Place to Hide

Given that there are tens of thousands of stakeholders in the massive NSA spying apparatus, I do not believe much change will come about.

Oh, yeah, I can see the three chutiya spy/FBI/NYPD commenters on the SI blog sharpening their knives for me now! 😉