That seems to be the miserable fate of Amazon’s much ballyhooed Fire smartphone launched with great fanfare on June 18, 2014.

The Fire smartphone (which runs Google’s Android software) started shipping on July 25, 2014 for $199.

This morning Amazon cut the price of the phone by 99.5% to 99 cents (with a two-year service contract).

The phone comes with two-day free shipping on most purchases at Amazon and access to unlimited streaming of old/less popular movies and songs. Fire phone buyers also get free access to the Kindle Unlimited program that lets readers borrow old or less popular books and unlimited cloud storage for photos (worth zilch after what happened to Jennifer Lawrence recently). 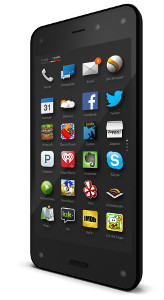 The phone also suffered from being available only for the AT&T network.

I wouldn’t be surprised if Amazon is stuck with a huge inventory of the suckers and trying to get rid of them before Apple starts shipping its much anticipated new iPhone 6 devices (scheduled for launch tomorrow but likely to ship in the fourth quarter).

What a fall for the Fire phone that was supposed to be all about “New breakthrough innovations.” Guess, nobody bought into that hype.

Fire phone was just a tool to get people to purchase more stuff from Amazon’s vast store.

I doubt Amazon will even be selling the Fire phones 12-months from now.