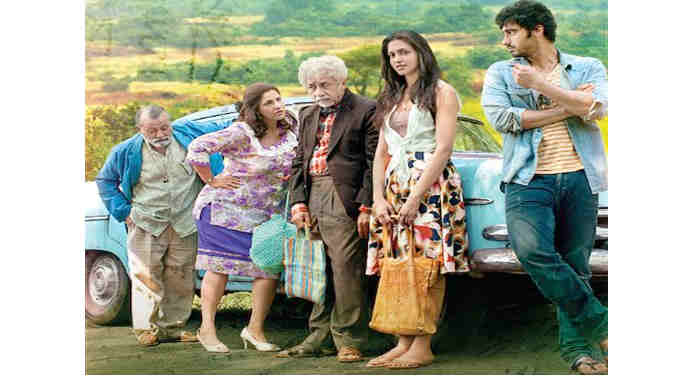 Finding Fanny easily makes it to the thin list of my favorite Indian movies. The story is delightfully offbeat, highly original and the acting an endless treat. Love, lust and regret hang heavy in the decrepit air of Goan village Pocolim that time seems to have passed by. Love Pocolim’s postmaster, the old bachelor Ferdie (Naseeruddin […]

1. You are a scrotum-scratching chutiya from Andheri, Artesia, Edison or Sunnyvale who thinks if an Indian movie doesn’t start with Chulbul Pandey monkeying around the Bihari moti it must at least end with the blood-curdling scream Bajirao Singham 2. You think Homi Adajania is a kind of musty cheese Parsis smear on the face […]

Cherry, I don’t have time to pop your cherry – RD (Anil Kapoor) to his dimwitted assistant Cherry (Ameesha Patel) in Race 2 Race 2 follows the odious tradition of its five-year-old predecessor Race in shoveling out manure by the truck-load. Given our extreme dissatisfaction with Race (2008), we went in, braving the mid-Atlantic chill […]

Aarakshan (Reservations) turned out to be a disappointment for us. Directed by Prakash Jha, one of India’s rare political film-makers, the much hyped movie is supposedly centered on the hot-button issue of reservations aka affirmative action that allows less qualified candidates from lower castes to get government jobs and seats in colleges via special quotas. […]