Will Apple Do a Jesus on Smartwatches?

By SearchIndia.com on June 22, 2014Comments Off on Will Apple Do a Jesus on Smartwatches? 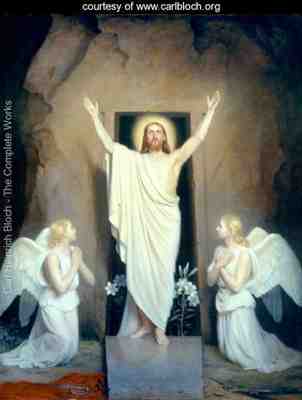 Billions of Christian zombies delight in the myth that Jesus rose bodily from the dead and fondly hail it as the Resurrection!

In our own times, Apple is trying the Resurrection trick for watches with the impending launch of a line of smartwatches.

Thus arises the multi-billion dollar question: Can Apple pull it off?

Jesus-like, will watches rise from the dead, returning to wrists in a smartwatch avatar and open the floodgates to a multi-billion dollar business?

Or will smartwatches fail to levitate (reminds me of the Hindu ‘swamis’ who promise levitation through meditation) and sound the first death knell of Tim Cook’s tenure as Apple CEO.

In my not so humble opinion, mobile phones have rightly made watches obsolete. Watches are as essential today as the spinning wheel or horse carriage.

But I will be the last one surprised if a gazillion idiots breathe new life into the corpse of watches at the behest of Apple. 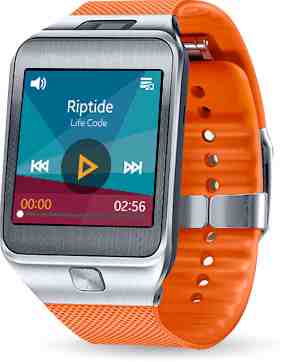 A Smartwatch from Apple Rival Samsung

Now American consumers may be a greedy, grabbing, gormandizing lot but they’re also a ruthless species.

The graveyard of American castoffs is littered with discards of ‘indispensables’ like hats, watches and pens. A few decades back, few Americans would venture outside without these items.

The mobile phone made the watch unnecessary.

Why pens disappeared I can’t say but all banks, gas stations and grocery stores now keep plastic pens handy for customers or replaced them with an electronic stylus for credit card terminals).

Rarely ever do castoffs in America come back roaring. No second innings for them.

But the watch could prove different and get a new life as a smartwatch in America.

And if the smartwatch succeeds in America, it will sell everywhere because, like it or not, Americans are the arbiters of “trends.”

Apple’s Chinese slaves may build 99% of the world’s smartphones, tablets and, soon enough, smartwatches but it’s in America that the waves of the consumer electronics tsunami rise highest.

In American cities, big and small, I’ve rarely spotted a wrist with a watch. Au contraire, the common sight is a smartphone in the hand and a Bluetooth earpiece making a semi-Martian out of a Brooklyn native or a hombre from Mexico.

I’d hazard a guess that two-thirds of Americans no longer wear a watch now.

In recent years, several companies tried to revive the watch market with smartwatches that go far beyond showing the time.

Just type “smartwatch” in Amazon’s search box and you’ll get enough results to keep you busy for a few hours.

But American consumers responded with a big yawn refusing to shell out hundreds of dollars for plastic baubles sporting an LCD screen.

But Apple is a different kettle of fish.

Few corporations have mastered the technique of convincing Americans they must pay a boatload of money for products they could do without in the first place. Although I will concede Apple devices are better designed than consumer electronics junk from Microsoft, Samsung and the rest of the pack.

That Apple will put out a smartwatch soon is as certain as that Steve Jobs is dead and rotting in his Palo Alto grave. All signs point that the Apple smartwatch launch date is drawing near. Given the company’s obsessive focus on design, it will be a better smartwatch than what’s on the market now.

So for 200 million American shopaholics, the must purchase consumer gadget this holiday season could turn out to be the Apple smartwatch.

Apple’s smartwatches will debut in multiple models and at different price points based on stuff like storage and unspecified features.

Given Apple’s traditional high-end pricing, expect the company’s smartwatch model to be priced between $199-$499.

I expect Apple’s smartwatch will be a touchscreen device closely integrated with the Apple ecosystem, particularly the iPhone. After all, the fundamental game plan of key gadget peddlers be it Samsung, Amazon, Google or Apple is to fence consumers in their respective walled compounds.

There’s still mystery on the details.

But Apple’s smartwatch will be Bluetooth-enabled and let users make calls from the watch instead of having to take out their iPhone. There will be obvious stuff like integration with music on the iPhone, radio, text/e-mail alerts, Siri voice commands, weather reports, alarms, world time, stop-watch, timer and some healthcare apps.

Now there’s a lot of talk how the Apple smartwatch will have a big healthcare and fitness aspect to it.

Americans are the least health-conscious people in the world. If we really cared about our health, trash-food peddlers like McDonald’s, Burger King, KFC, Pizza Hut, Taco Bell, Dunkin Donuts and others of their ilk would go out of business (I confess to visiting Taco Bell recently to try its new steak Quesarito).

Yes, while the Apple smartwatch will show the time too that aspect will be the least important feature of the device given the herd mentality of Apple fanboys and the enormous build-up of the hype.

I can’t wait to see how the 21st century “Resurrection” turns out! 😉