Who Can Stop Apple?

By SearchIndia.com on September 9, 20142 Comments 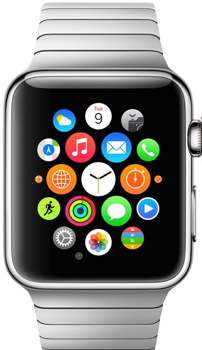 Although Android devices account for nearly 85% of all smartphones shipments worldwide, Apple takes home the bulk of the booty in the segment.

iPhone also has the cachet for being the most desired smartphone among consumers, particularly with Americans.

Popular as some rivals like Samsung Galaxy or LG G3 are in certain geographies, they’re far behind the iPhone in the smartphone beauty contest.

One of the highlights of Apple’s media event in Cupertino today featuring CEO Tim Cook and his top aides was the launch of two new iPhones, the iPhone 6 and iPhone 6 Plus.

Both phones run on Apple’s new A8 processor.

Except for the larger screens and better resolutions, I did not find anything unique about the new iPhones. Several of Apple’s rivals including Samsung, Lenovo and LG already offer 5.5-inch or larger display smartphones. Apple is late to the game!

If history offers us any clues, the new iPhones will quickly gain favor with Americans and to a lesser extent around the world.

Don’t be surprised to see the lemmings line up at BestBuy, AT&T or the Apple stores starting tonight or tomorrow!

iPhone 6 and iPhone 6 Plus start shipping on September 19. You can pre-order them starting September 12.

The other highlight of today’s announcement was the much hyped iWatch, now officially known as Apple Watch.

Besides showing the time (in several different customizable ways), users can send and receive messages, answer calls to their iPhone and become ‘healthier’ by using the integrated health and fitness apps.

Some of the watch’s features are integrated with the iPhone. No surprise there.

The watch will come in three editions (including an 18-carat gold case version) and should ship in early 2015.

If the Apple Watch clicks with consumers, it will be a huge recurring revenue stream for Apple running into the billions.

So far, the smartwatch as a category has failed to take off despite strong efforts from Samsung, Sony, Pebble, Nike, Mota and others.

Now for the big question – Who can stop Apple?

For Apple’s smartphone rivals like Samsung, Google, LG, Lenovo, HTC and Microsoft, the big question is not just how to respond to the challenge from the new iPhones (iPhone 6 and iPhone 6 Plus), Apple watch or ApplePay.

The new smartphones and the Apple Watch are, of course, a hurdle to be tackled but the bigger challenge for all Apple rivals – Can the Apple juggernaut be stopped at all?

Not in the near term. For the foreseeable future, Apple will continue to be the hugely profitable King of Mobile Devices.

Plus, price cuts on the older iPhone 5S (now $99) and iPhone 5C (free with contract) devices will make it harder for rivals like Samsung, LG, Google and Microsoft in the huge U.S. market where mobile phones are subsidized by carriers in exchange for two-year service contracts.

It’s not going to be easy to stop the Apple juggernaut unless the company stumbles over serious quality issues with the new smartphones, the smartwatch or the payment service. Or rivals leapfrog with extraordinary innovations.

If history is any guide on the decent quality of Apple products and services, the company is unlikely to fall any time soon.

On the innovation side too, I don’t see anything to get excited about from iPhone rivals.

Bottom line – The outlook for Apple rivals is grim. If they slash prices, their losses will balloon or margins will plummet. If they don’t cut prices, the no-brainer choice for customers is the iPhone.

There’s rarely been a disquieting moment like this in the history of consumer electronic devices.

2 Responses to "Who Can Stop Apple?"