Folks, a Pennsylvania jury has found Telugu bidda Raghunandan Yandamuri G U I L T Y of First Degree Murder in the brutal, senseless crime that took the lives of baby Saanvi Vennas and her 61-year-old grandmother Satyavathi Venna at their King of Prussia (PA) apartment complex on October 22, 2012 during a botched kidnapping for ransom bid.

With hands folded, Yandamuri was in the court room when the jury verdict was read out to a packed room. He showed no expression when the guilty verdict in First Degree Murder was read out.

Yandamuri’s mother, who’s flown in from India for the trial, was seated in the front row when the verdict was announced. Not surprisingly, she wept when the verdict of guilty in First Degree Murder was read out. Yandamuri was seen consoling her.

Being found guilty of First Degree Murder means Yandamuri is eligible for the death penalty that blood-thirsty Montgomery County prosecutors are seeking for him.

Whether Yandamuri gets the death penalty or spends the rest of his life in prison without chance of parole will be determined by jurors during the penalty phase.

Yandamuri’s mother will testify and provide mitigating evidence in a bid to save her son from the death penalty.

Since Yandamuri’s mother is leaving for India tomorrow, the penalty phase has already started in the courtroom.

The jury decision on the penalty phase could take a few days.

The jury in the Yandamuri case has rendered an extremely unfair verdict.

The entire crime smacks of amateurism and does not seem pre-meditated.

Impulsively conceived and hastily executed as a quick fix for his financial woes, Raghunandan Yandamuri’s crimes do not deserve the death penalty.

Yandamuri made so many mistakes that it beggars belief the crime was the act of a sane individual.

According to Pennsylvania Law, Second Degree Murder is:

The act of the defendant in engaging in or being an accomplice in the commission of, or an attempt to commit, or flight after committing, or attempting to commit robbery, rape, or deviate sexual intercourse by force or threat of force, arson, burglary or kidnapping.

Clearly, Yandamuri’s twin murders were committed in the course of robbery and kidnapping and should have been ruled as Second Degree Murder.

The jury of six men and six women hours started their deliberations around 4:30PM Wednesday and worked till 10PM before heading home.

When the  jurors returned to court at 10 this morning there was a change in jury composition with an alternate male juror replacing a female juror who for some reason was unable to follow her requirements.

Now that Yandamuri has been found guilty of First Degree murder, the jury must decide whether the Telugu bidda should get the death penalty. 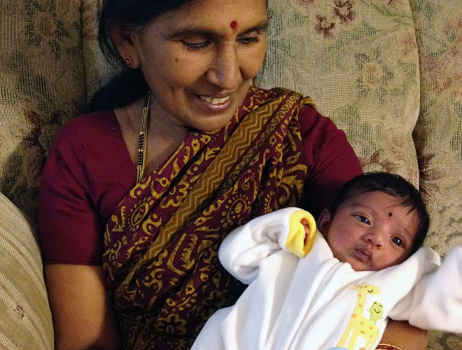 Yandamuri’s bizarre claims that the crimes were the acts of two White men Matt and Josh failed to convince the jury.

Of course, anyone who has seen Yandamuri’s confession video and with a functioning brain would have arrived at the same verdict.

In the video, Yandamuri acknowledged killing them but claimed the deaths were accidental.

However, Yandamuri later recanted and blamed police coercion for his confession.

Yandamuri’s trial is the most high-profile trial of an Indian in the U.S. and brought the glorious Telugu community to the attention of first grade American school kids in Pennsylvania.

It’d be surprising if the trial has not cost Pennsylvania tax payers over a million dollars. 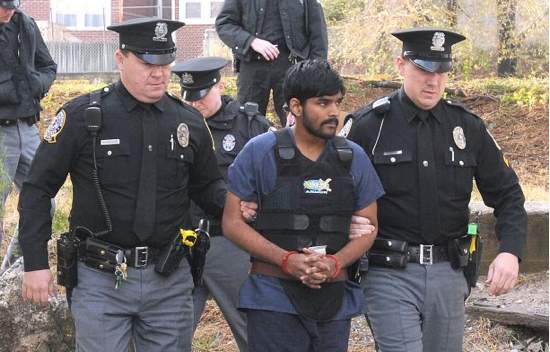 Yandamuri (28), a software programmer hailing from Andhra Pradesh/Telengana region in South India, was known to the victim Vennas since he stayed in the same Marquis apartment complex in King of Prussia, PA.

The grandmother died of stab wounds while the baby met its end through “soft strangulation” after Yandamuri put a handkerchief in her mouth, a towel on the head and put it in a suitcase that he dumped in an unused sauna room in the apartment complex.

After the kidnapping and the murders, Yandamuri participated in a candlelit vigil praying for the baby’s safe return and also passed out flyers seeking the baby’s return.

Yandamuri also returned to the Valley Forge casino and continued with his gambling.

Following his confession to the police, Yandamuri wanted the reward money put up for baby Sanvi Venna’s safe return to be given to his wife.

Tollywood villains would not be so callous, so crafty.

Yandamuri’s decision to disavow his confession video was not the only bizarre twist in the case.

Unhappy with his public defender attorney, Yandamuri fired the fellow last year and argued the case himself during the trial.

After multiple postponements, the Yandamuri trial presided by judge Steven O’Neill started on September 25, 2014 at the Montgomery County courthouse.

In the course of the trial, Yandamuri blasted police detectives and repeatedly accused them of coercing him into the confession.

Yandamuri’s family members including his mother were present at the trial.

In his closing statement to the jury, Raghunandan Yandamuri said:

This is a very terrible thing…Whoever did it, they should be given very big punishment.