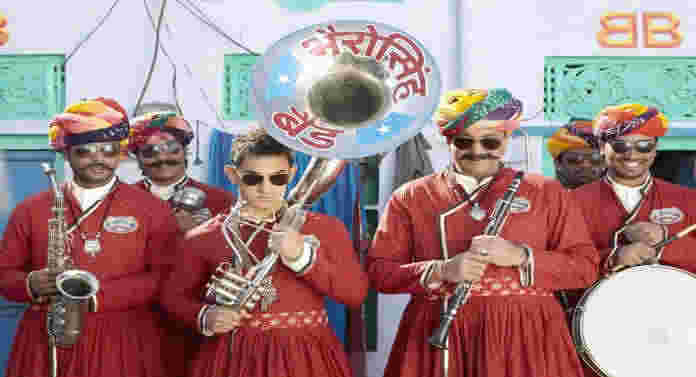 PK starts off with a nude, 200% human-like alien (Aamir Khan) alighting from a flying saucer spaceship into the Rajasthan desert and wearing a shining, round green pendant around his neck. Once the nude alien loses his green pendant (actually a remote control to hail back the spaceship) to a thief, transfers the two-in-one transistor/cassette […]

Tell me the movies people watch and I’ll tell you what kind of people they are. Take for instance Dhoom 3, the latest in a long line of mediocre offerings from Bollywood. In a brazen acknowledgment of their classlessness, Indian-Americans swarmed to the theatres this weekend to gawk at Aamir and Katrina in Dhoom 3, […]

By SearchIndia.com on December 1, 2012   Bollywood

(by Naveen) Aamir Khan must have shook hands with every single desi in Chicago while shooting for Dhoom 3. Nothing else explains the insanely long line that turned up for Talaash at the Regal Cantera last tonight. Never have I seen such a long line for an Indian movie at a mainstream American theater. Thanks […]

Delhi Belly is continuing its strong run at the U.S. box office. Desis have been flocking to see this raunchy, toilet-humor filled entertaining Bollywood movie produced by Aamir Khan and starring his nephew Imran Khan. For the second weekend, i.e. July 8-10, Delhi Belly grossed $375,225 with an average gross of $4,169 per theater. It […]